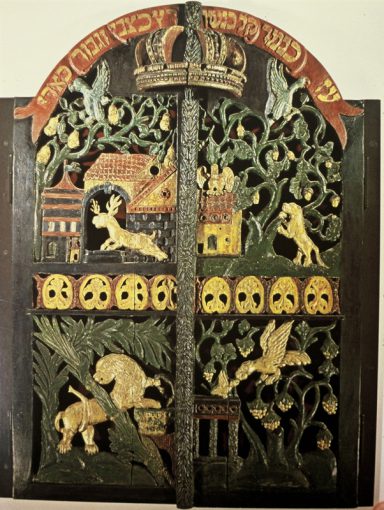 The doors of the ark are divided into four panels, illustrating a saying from Pirke Avot.On the upper right is a brave leopard in front of a house on which is perched a bird. Below right is a swift eagle feeds its hatchling. Upper left, a fleet deer runs into city gates and below left, a regal lion stands behind a ceremonial palm frond