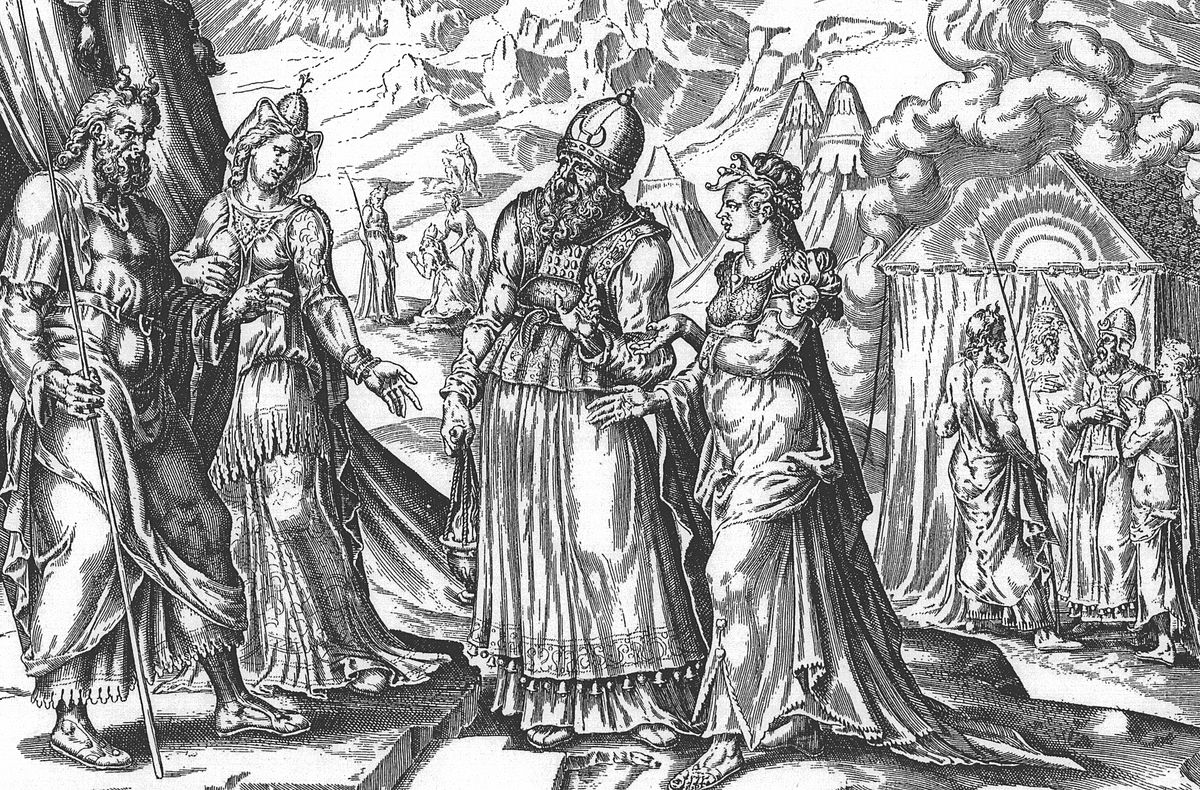 The Life of Miriam

To index >
Marten van Heemskerck   -
The Eight Beatitudes: The humility of Moses

On the left, Moses, horned and holding his staff, and the Cushite woman, gesture in response to the confrontation with Aaron, wearing the priestly miter and breastplate and holding a sensor and Miriam, standing behind him. To the right, Moses, Aaron and Miriam stand at the door of the Tent of Meeting, while within is seen a glowing divine figure.  In the far background, seen between the main figures of Aaron and Cushite woman, are two scenes from the continuation of the story: below, Aaron begs Moses to spare Mriiam and above, Miriam is purified of her leprosy.